Since the launch of her debut album in 2005, Sophie Milman has captivated jazz fans and music lovers all over the world. She has toured widely, gracing some of the world’s most prestigious music venues and sharing the stage with brilliant artists.

Born in 1983 in Soviet Russia, Sophie’s understanding of music was shaped early on by her parents’ collection of old records. There she could find everything from Russian bards, poets and kids’ songs to Ray Charles, The Beatles, Ella Fitzgerald, Mahalia Jackson and Oscar Peterson, albums bought on the black market by her dad, often through barter. After all, Soviet authorities and Western music did not get along. In 1990, Sophie and her parents immigrated to Israel in search of a better life. Sophie was torn from the life she knew and loved. But the years in Israel enriched her tremendously, giving her another language, a wider and deeper cultural and musical palette. They also gave her a new maturity.

Always in search of a better life for their kids, away from war and strife, Sophie’s parents eventually decided to move the family again, this time to the most peaceful place they could think of: Toronto, Canada. They arrived in 1999 with little more than their collection of LPs, paintings and books. Sophie was 16 and had to start over – again. She was forced to learn a new language, make friends, and find her voice. Music provided solace and Sophie was able to lose herself in her favourite songs. Her best friends were Ella Fitzderald, Louis Armstrong, Sarah Vaughan and Carmen McRae. She learned how to channel teen angst, nostalgia, pain and love into song and she’s never looked back. Music as an outlet for personal and intellectual expression became instinctive.

As is common with immigrant families, the focus was always on education, and while Sophie’s parents always supported her music, the expectation was that she go to University. Discovered at an open mic night three years after moving to Canada, she recorded her first two albums while pursuing a Bachelor of Commerce degree at the University of Toronto. She became good at writing essays on red-eye flights to Japan and in van rides across the United States as she toured to promote her music, making gaffs on stage, bonding with her band and learning on the job. Sophie fell in love with sharing intense musical moments with her bandmates and fans. She saw every performance as a precious opportunity to hone her craft of bringing songs to life through her own quirky, unique, multicultural lens.

Her debut album, Sophie Milman, put her on the musical map around the world. On the JUNO Award-winning Make Someone Happy, she partnered with producer Steve MacKinnon, her long time pianist Paul Shrofel, and Canadian music stars Guido Basso and Randy Bachman to make a well-curated collection of songs that blended love for jazz with Sophie’s life experiences. Sophie’s third album, Take Love Easy, found her taking more risks and experimenting with newfound musical freedom. On In The Moonlight, she came into her own, collaborating with acclaimed producer, Matt Pearson, jazz superstars Larry Grenadier, Lewis Nash, Randy Brecker, Gil Goldstein and Chris Potter, and arrangers Alan Broadbent and Rob Mounsey. With every outing, she matured as an artist. All four albums spent weeks at the top of the Billboard, iTunes and Amazon jazz charts around the world and were beloved by critics and fans.

Sophie’s ever-evolving identity is what has shaped her unique sound. “Moving around the world twice, starting from scratch each time and having to reinvent and reimagine myself in a completely new context, cultures and roles—that’s the defining feature of my life. It’s shaped me as a person and continues to color my approach to music and to life, informing the kind of songs that I choose to sing and the way I sing them. And my identity continues to evolve: from poor immigrant to musical ingénue to young mother of two beautiful kids. With each formative experience comes another layer of feeling and it’s the layers that make the music better.”

Through the ups and downs of life, through bouts of illness and vocal cord issues, one thing has remained constant: Sophie’s love to pour herself into lyrics and tell stories through song. In 2016, two weeks after the birth of Sophie’s second child, she lent her storytelling abilities to Yiddish Glory – The Lost Songs of World War II, an album entirely in Yiddish – a language she doesn’t speak and had to learn phonetically for the project. The collaborative project aimed to capture the experience of Soviet Jews during the Second World War, giving voice to a nearly-lost generation. The album received great critical acclaim and earned her a nomination for World Music Album of The Year at the 2019 GRAMMY Awards.

Today, Sophie balances life as a mother and a creative spirit. While recording new material and adapting to the digital landscape of performing live, she looks to her surroundings for inspiration. “My kids,” she says, “are my best and most beautiful productions and have really shown me how much I can love and how much I can give. Love has always fuelled my music and now my cup runneth over. Watch out, the best is definitely yet to come”. 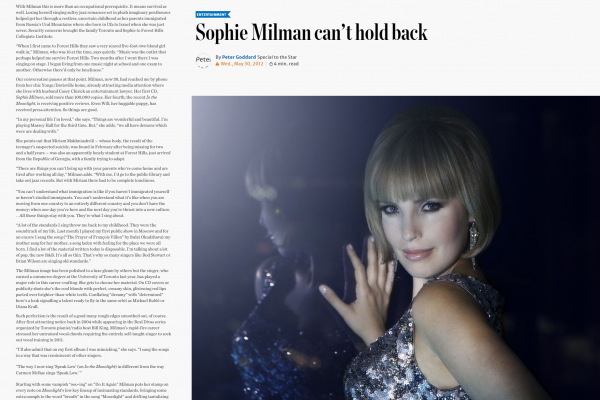 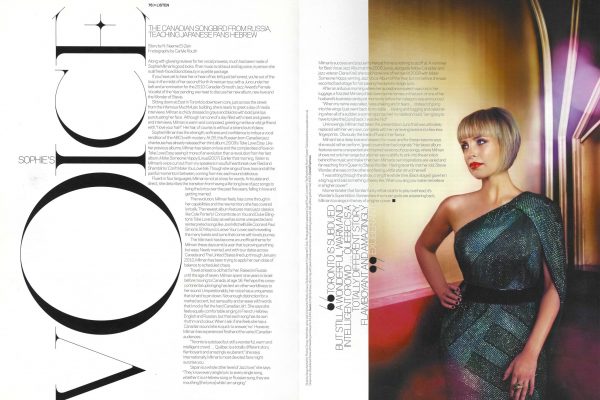 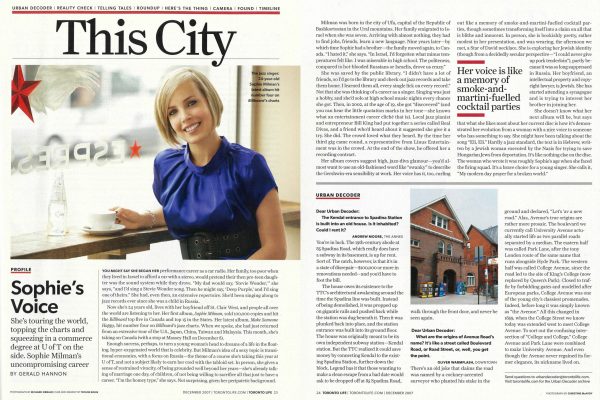 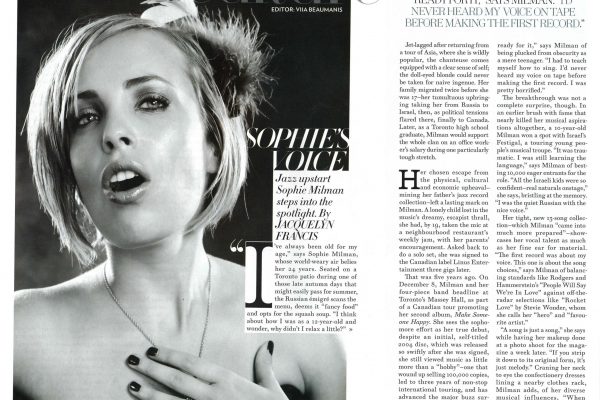 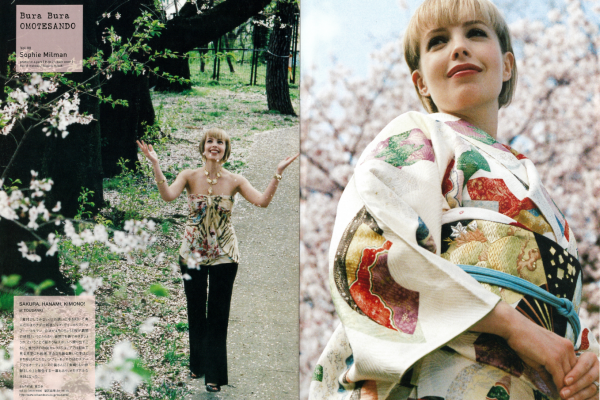 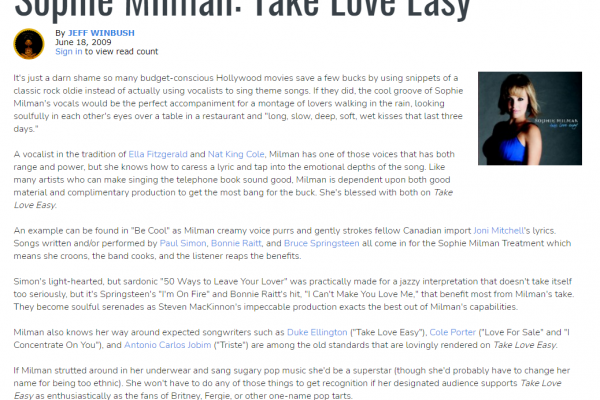